The circus is coming to town.

Ringling Brothers and Barnum & Bailey are bringing their “Legends” show to the Hershey Giant Center May 21-26. Tickets begin at $27.85 for “The Greatest Show on Earth,” where you can see death defying stunts and mythological creatures – including Pegasus and a unicorn – come to life.

But the heart of any circus is its performers, who push their bodies to the limits to defy the odds. So why do they do it?

“It’s not the fame and Lord knows it’s not the fortune,” laughed Johnathan Lee Iverson, ringmaster for “Legends,” during a phone interview.  “It’s for who you are.” 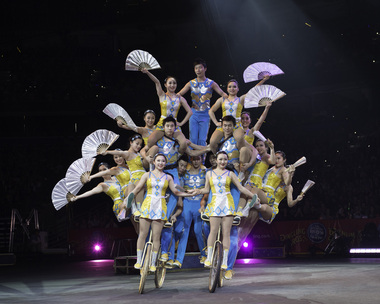 “That’s what people have to understand about the circus. If you’re asking the question ‘why would anybody do that to themselves?’ Well, why do you do what you do?’ he went on. “For whatever reason God puts certain things in people, certain drives and that’s who they are. As James Baldwin said, ‘You have to go the way your blood beats.’ If you don’t, you don’t really live.”

As for when Iverson knew he was meant to be part of the circus, it was something that happened gradually. He never set out to be a ringmaster.

“That dispels another myth – nobody runs away to join the circus,” he said. “The circus finds you.”

Iverson originally planned to be an opera star, but took the Ringling gig when he graduated college. It was meant to be his job for a year or two – but fate had other plans.

“It turned into a career that I don’t want to walk away from,” he said. “That’s the thing about the circus… We call it, in circus culture, sawdust being in your blood.”

“I’ll never forget, it was another ringmaster in another show that told me that very thing when I first started. He said ‘When you get that sawdust in your blood, you’re not going to be the same,'” Iverson recalled. “It was the absolute truth and it’s true for anybody who chooses this lifestyle.”

Although, there was a time when the magic of the circus faded for him. “I left the show for about five years,” he said. “… I really wanted to cut my teeth on other things, or so I thought.”

But by then the sawdust was already in his blood and he was drawn back to Ringling. The decision to rejoin is one doesn’t regret.

“The second time around has been far more thrilling,” he said. 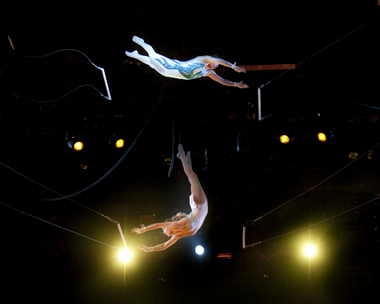 The main difference between his two stints as ringmaster isn’t changes in the shows, but a change in him.

“When I was a young ringmaster, everything centered around ‘what can I get out of this,'” Iverson recalled. “When I got older… the greatest liberty happened for me in that I discovered that when it’s about somethingother than you, you’re at your most liberated. You do your best work because you’re not caught up in yourself.”

“I don’t have that moment anymore where I’m like ‘Wait for them to hear this, wait til they see me do that.’ That’s not me,'” he said. “It’s just strange, but I’m not concerned about me when I perform. I’m literally concerned about [the audience’s] experience.”

That focus on others is a circus characteristic. In the circus, it’s all about the people around you.

“You’re part of community of people from all over the world and you get to witness people at their very best artistically,” Iverson said. “It’s a wonderful thing to watch how talent and craft supersede cultural barriers, language – you name it.”

At the circus, the performers have to be devoted to their craft.

“The thing about circus artistry is we literally have to shoot for perfection every time,” Iverson said. “If you watch many of these acts, everything is timing – you have to get it right… as a circus artist you’re always sharpening your sword.” 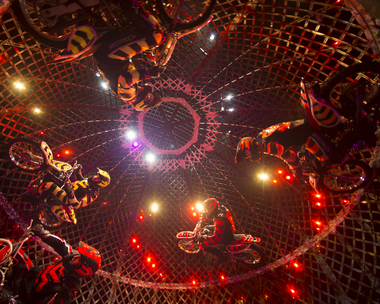 “It’s not like some movie actor who has an editor and multiple times to get it right and gets $20 million and a trophy and is called great,” he continued. “Circus artists have one shot or it can cost them their life or severely harm them. That’s how we operate. That’s how we roll.”

The danger of circus stunts was hammered in this past month when a platform collapsed during the Ringling Brothers’ “human chandelier” act,seriously injuring nine performers. The act will not be appearing at Hershey.

When the fall happened on May 4, Iverson was as shocked as everyone else – and the show’s future was the last thing on his mind.

But at the end of the day, circus performers know there is always the risk of an accident happening. It’s part and parcel of the circus.

“You come to the show for an extraordinary experience,” Iverson said. “the truth about anything extraordinary is that it all takes risk.”

“Anybody who has any real sense understands that the possibility [of injury] is there, they get it,” he continued. “Why [people] come back over and over again is because they, like everybody else, enjoy seeing that possibility not come to fruition.”

“We love to see people defy the feat. We love to watch people who stretch themselves beyond what we even think of being a human being…” he said. “You see we can fly and we can talk to animals and we can do daring things. We can even hang by our hair.”

It’s that thrill of watching people defy the odds that makes the circus so appealing – but Iverson doesn’t see himself and his fellow performers as thrill seekers. “That’s not who we are,” he said. “We just happen to create thrills.”