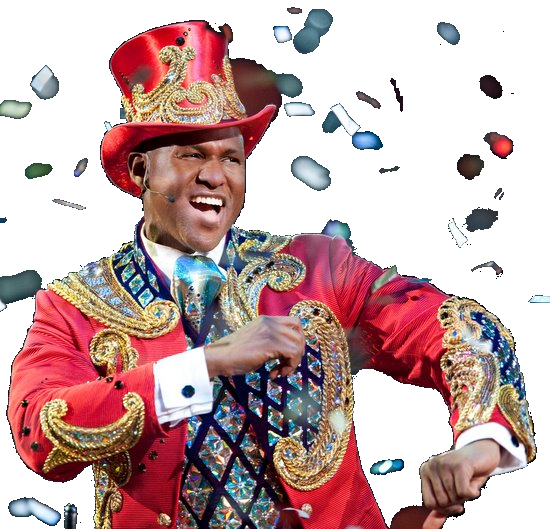 Johnathan Lee Iverson began his career circling the globe and crisscrossing the United States, as a member of The Boys Choir of Harlem, gracing the world’s most renowned stages, including the Broadway stage under the direction of the legendary Geoffrey Holder in “The Boys Choir of Harlem & Friends” at the Richard Rogers Theater. In addition to performing before world leaders and dignitaries, including United States Presidents, George H.W. Bush, Bill Clinton, Ronald Reagan, and Jimmy Carter, as well as, Noble Peace Prize winner, Nelson Mandela, Iverson has shared the stage with such artist as Lou Rawls, Ray Charles, Stevie Wonder, Plácido Domingo, Luciano Pavarotti, Betty Buckley, Pete Seeger, Zubin Mehta, Perry Cuomo, Kathleen Battle, Shirley Verett, Tony Bennett, James DePriest and Lena Horne, all before the age of eighteen.

A proud graduate of Fiorello H. LaGuardia High School of Music and Art & Performing Arts and The Hartt School of the University of Hartford, Iverson took his first steps into the pages of history at only 22 years old, when he became the youngest, the first New Yorker, and the first African American Ringmaster in the near 150 year history of Ringling Bros. and Barnum & Bailey.[1] Iverson’s presence at The Greatest Show On Earth set box office records for Ringling Bros. and Barnum & Bailey throughout the United States. Audiences and critics alike were immediately smitten by the native New Yorker. Ebony magazine said of him: “The instant he appears out of the darkness and into the spotlight…the audience is rapt.” The San Francisco Examiner stated: “Now imagine mesmerizing the crowd with a powerful voice and the bearing of a superstar.” The Times-Picayune wrote: “Tall and self assured…he works a crowd like a three ring evangelist.” And syndicated columnist Liz Smith gushed: “I…liked six foot [five] youngest ringmaster ever, Johnathan Lee Iverson, who is commanding enough to be noticed in the melee, and he can sing.”

During his legendary tenure with Ringling Bros. and Barnum & Bailey, Iverson was one of the busiest live entertainers in the world, performing an estimated 450 shows annually in arenas around the United States and Mexico. As the voice of The Greatest Show On Earth, Johnathan has been seen and heard via numerous media outlets including, print, broadcast and the world wide web. He is also a featured blogger for the Huffington Post, among other publications. His many accolades include being selected as one of Barbara Walters’ 10 Most Fascinating People. Iverson’s historical tenure with The Greatest Show On Earth is featured in numerous publications, including, “Black First: 4, 000 Ground-Breaking and Pioneering Historical Events” by Jessie Carney Smith,”African-American First” by Joan Potter, “Live Life! Be Young, Black, and Successful” by Quincy Benton, “Beat of a Different Drum: The Untold Stories of African-Americans Forging Their Own Paths in Work and Life” by Dax-Devlon Ross and “Beyond the Statistics” by Zane Massey.