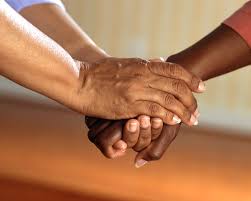 Recently, I wrote a script. A writer’s disadvantage is that he or she goes it alone. It’s laborious, even agonizing, but so exhilarating once the work is done. However, the real work only begins when, in my case the director, actors, and even producer chime in. I think any scriptwriter with any sense understands by right their work is unquestionably a collaborative effort, no matter how gifted the writer might be. Anytime you create something that requires others to bring it to life, it is a partnership. For the writer it may feel like handing ones baby over to strangers, but in actuality the writer is turning their portion of the effort over to the village. For me it was a most humbling and enjoyable experience to watch the director interpret the script in ways I hadn’t imagined and actors infuse new dimensions to their characters and the scenes in a manner that would have been impossible for me to think of, as I don’t live with the character like an actor does. The show has since enjoyed a well-received presentation.

If it doesn’t stretch you, cause you to see things anew or at least broaden your perspective you’re not in a partnership. Often, especially regarding matters of the heart, a person will exclaim, “I want a partner!” However, in reality everything about their behavior testifies to the fact that what they actually want is, an extension of themselves. Which is merely a form of narcissism.

Partnering should humble you, as there is an evolutionary component to every partnership. For it is not possible to be in partnership and remain as you are. It doesn’t work that way. Growth is the clearest testament to any and all partnerships. Be it a marriage or a business you can always recognize its condition by the fruit it bears. It is why so many relationships fail. Partnerships are not difficult. The participants make them so. There are no irreconcilable differences, save for the ones brought to the relationship or created during the relationship. Rigidity is poison to any and all partnerships. The pliability necessary for a partnership to thrive may only emerge from committed participants who understand their place in the union and respect the role of the one or those for whom they are partnering with. Anything less is a formula for contention, strife and eventual implosion.

In Center Ring – Episode 10: Noeli Acoba: “Circus Is My Heart”

Ringling Bros. and Barnum & Bailey Circus is “Family” For Ringmaster