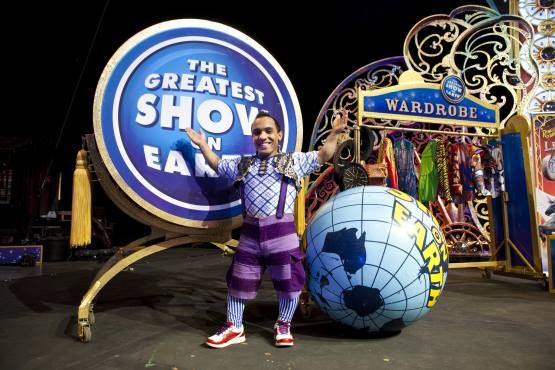 Imagine there’s nowhere you can go where you are not the curiosity that tempts roving eyes and odd glances. Imagine that your very presence evokes a profile in the imagination of others, which instinctively limits who and what you are. Not all of us have the luxury of concealing that which might conjure the base nature of Children Of All Ages. For most of us, the braces will come off, the pimples will clear and the weight will drop. The nerd tormented today will be the same nerd whose overpriced gadgets will cause people to flock to stores on Black Friday.

Here within the confines of The Greatest Show On Earth, Paulo Dos Santos is an undisputed star. The Brazilian native is barely 4′ tall, yet he is a brilliant capoeirista, acrobat and showman. However, amidst the praise of fans and the respect of colleagues, Paulo Dos Santos is grounded in the reality of the arduous road he’s taken to become who he is today. It wasn’t very long ago that the husband and father of three found himself subjected to a routine avalanche of insults and cruelty due to his size. It is why he joins me on our frequent speaking engagements around the country at local schools, recreational centers, and after school programs to tell children from practically every walk of life — in his third language, that it is within them to make it better.

For many of the young people we’ve spoken to, Paulo is a revelation. At these engagements, I am merely his warm-up act. Indeed, I know the feeling of being singled out and ridiculed, not only by my peers, but adults as well. “Doofus” was my moniker. I was that tall, lanky, uncoordinated kid, whose feet seemed to be maturing faster than the rest of his body. I’d find myself reprimanded much more harshly by teachers and adults who neglected to respect the fact that in spite of my size I was every much of a kid as the others. There were also the braces and the acne that colonized my face. If that wasn’t bad enough, I had no athletic ambition whatsoever. Instead, I joined a chorus. Though it seemed to take an eternity, for me it got better,much better. I was fortunate enough to find my place in an environment that encouraged my budding talents and nurtured my humanity. When I speak, students are hopeful that better days are ahead. Yet, as they look and listen to Paulo, it becomes clear that there are those who will not have the luxury of simply growing outof that which causes them much ridicule. For them, it will take a peculiar kind of courage and endurance to perpetually thwart the prejudices of others and live life on their own terms. It’s a rather heroic existence, if you ask me. For Paulo Dos Santos, this heroism is simply his antidote to overcome day in and day out. 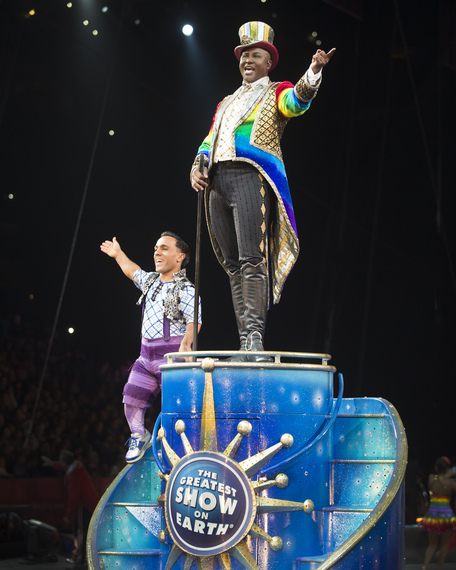 There’s more than one way to become a giant

I was a very fortunate child. I had (and still do) a family that exhausted me with assurances of my self-worth. I had a community via The Boys Choir of Harlem, as well as, Fiorello H. LaGuardia High School of Music & Arts and Performing Arts, which reinforced my self-worth — in spite of the big feet, braces, acne and athletic disinterest, which in the larger scheme of things was the least of my concerns when one considers the dreadful backdrop of drug culture, crime, and STD’s that plagued the City of New York in the late ’80’s and early ’90’s. I was conditioned to know I mattered.

Paulo, however, entered a world prepared to limit him from day one, simply because of his size. He grew up in a home, though capable of great love, it could be a nest of dysfunction due in large part to his father’s alcoholism, which fueled a nasty temper. Yet, somehow, Paulo sensed there was more to himself than meets the eye. He was going to be a cowboy.

Unbeknownst to his parents, Paulo would venture out on weekends and try his hand at riding rowdy miniature steeds, as well as, a bit of clowning, becoming immersed in Brazil’s renowned rodeo culture. Yet, despite wrangling up some much needed funds for his family, the gig would come to a sudden and disappointing end for the budding gaucho when his parents found out how their diminutive dynamo was spending his weekends.

Not everyone has their self-worth fed a steady diet of encouragement and affection as I did. There’s no one size fits all, as we are all issued a unique set of circumstances for which we cannot control. Sometimes, like Paulo, you simply have to get a little curious and even daring. Determine within yourself by virtue of the fact that you’re here, that you do matter. Like Paulo, who I can only imagine as a very small boy staring in the mirror knowing that through no fault of his own he would be limited in stature, yet mustering the determination to convince himself he would not be bound by circumstance and the imagination of others, you have to know that there is more than one way to become a giant.

“Go the way your blood beats…”

Famous words by the great American scribe James Baldwin. For Paulo, it began one day during a demonstration given by a local capoeira academy in the gym at his school. He was mesmerized by what he saw and knew he wanted to be a part of it. Invited by the Mestre to take a class at the academy, Paulo ventured out, brimming with excitement. Unfortunately, the excitement about him joining the class was in no way mutual. The ridicule and outright disdain for his very presence was immediate. Some were even bold enough to say it directly to the Mestre. “He has no business here…he’s too small…” were perhaps some of the nicer things that were uttered.

Imagine the stinging despair he felt being told not only that what he desired was not possible, but essentially he should know better than to even consider it. To prejudge or determine another’s worth based on nothing more than one’s imagination is the very essence of bullying. That’s their issue, not yours. You have to conjure the stubborn courage to be who you were destined to be and “go the way your blood beats.”

Believe it or not, you’re never alone

Overwhelmed by the constant harassment, some of which even got physical, Paulo decided he’d had enough and prepared to quit. However, the Mestre had a surprise. He offered to instruct Paulo in a one-on-one session, away from his pestering pupils, once a week. Dos Santos was stunned and promptly accepted.

In his Mestre, Paulo found more than a teacher, he found an ally; and though it was just he and his instructor, he found a community. He found someone who could see past his height, embrace his humanity and all that came with it, including his desire to become a capoeirista.

Paulo endured a year or more of intense training. His Mestre patiently, yet rigorously prodding him ever closer to becoming a capoeirista, never once allowing his size or supposed disadvantages to factor in. Tired and sore, Paulo kept going. Despite the curious whispers and ridicule of strangers and peers, he kept going. Even in the face of doubt from his own family, he kept going.

It was the annual Batizado de Capoeira (Baptism of Capoeira), a most important event in the life of a budding capoeirista. Before a max-capacity crowd, students would display all that they learned. Paulo was under the impression that he was there merely as a spectator, yet his Mestre had other plans. The Mestre began by offering cordial salutations to the audience, congratulating his pupils and students from around the region. Then he began to tell them about the pupil whom they’d rejected, one they ridiculed and callously dismissed due to their presumptions. He then went on to introduce that very same student and assured them that on this day they would eat their words. Terrified, Paulo took his place. A heavy silence descended upon the massive crowd. He closed his eyes, likely whispered a prayer, collected himself — and proceeded to stun everyone in attendance. His performance not only sent the audience into a frenzy, it earned him first place recognition, but more importantly, it earned him the respect of onlookers and peers alike. Those same students who once tormented him, now lined up after the festivities to offer their heartfelt apologies and congratulations. That’s winning! 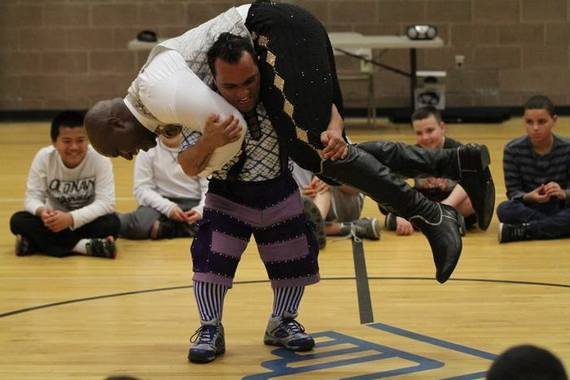 For nearly six years now, the pint-sized Capoeirista of Ipanema has been a star attraction at Ringling Bros. and Barnum & Bailey® The Greatest Show On Earth. Dazzling tens of millions with his immeasurable talents and delightful humor – proving true the wise words of Dr. Seuss, “It’s not about what it is, it’s about what it can become.”