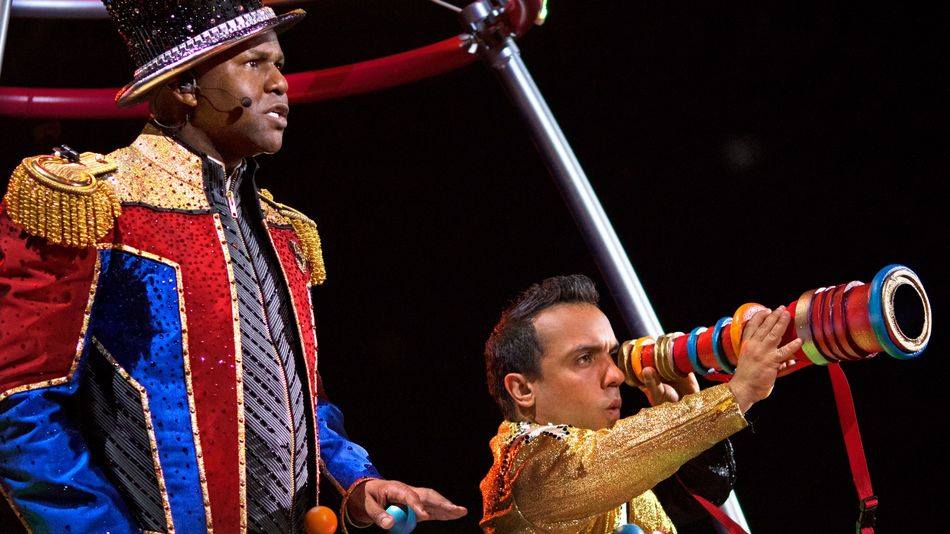 Ringling Bros. Ringmaster: ‘People are applauding the destruction of a society’

Ringmaster Jonathan Lee Iverson is now speaking out about the “The Greatest Show on Earth” coming to an end.

Reaction to the news that the Ringling Bros. Circus was coming to end after 146 years has been mixed. Some called it a win for animal rights group and others have not.

Ringmaster Jonathan Lee Iverson is now speaking out with a side of the story that you haven’t heard.

He recalls the moment employees learned “The Greatest Show on Earth” was coming to an end.

“It was quiet a shock,” said Iverson.

Then came the headlines that called the demise of the circus a win for animal rights groups.

“People are applauding the destruction of a society,” said Iverson. “We’re a society. We’re a community. We have a school and a nursery for our children.”

As a matter of fact, it was here that Iverson met his wife and started a family. His wife now works behind the scenes.

“We’re a community,” said Iverson. “We don’t give lip service to diversity. We are diversity. We had a black ringmaster long before this country thought to have a black president.”

So what happened? The official suggestion is that it just became too costly to take the massive high-tech show on the road, but Iverson says there is more.

“We became more defensive and reactive rather than proactive in pushing who we are,” Iverson said.

He insists the circus loves the animals and that trainers are highly skilled with years of experience.

“It’s not something you jump into,” said Iverson. “So the notion that the very animals that put food on your table that make your living possible that you would do anything to harm them…not only does your common sense tell you this is stupid. It has also been proven over and over and over again.”

Iverson launched a Facebook page called Humans of the Greatest Show on Earth. It highlights the many lives impacted by the decision.

It is certainly the end of an era. Iverson states that he and his colleagues plan to make the most of their remaining time together and they hope consumers will join them.

“Our universal pursuit is your joy,” said Iverson. “That’s what we do. We are joy peddlers. We take pride in the fact that your life is a little bit better when we come to town.”

The final show is in Uniondale, New York on May 21.

The Adventure Is in the Detour

Ringling Bros. and Barnum & Bailey Presents “Out Of This World” Circus