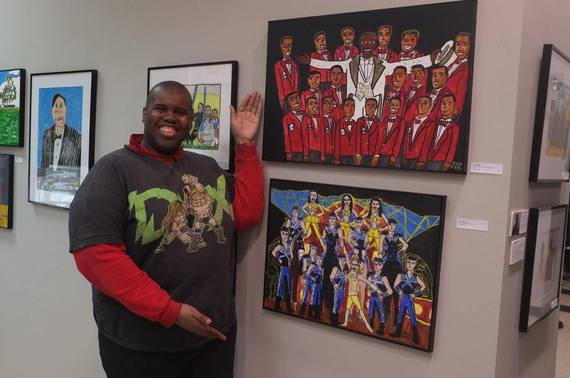 His is a presence that is impossible to miss, even in an arena filled with thousands upon thousands of enthusiastic patrons. He doesn’t walk, but marches gleefully through our All Access Pre-Show festivities, with the wide-eyed grin of a kid in a candy store. His exhilarated cheers echo throughout the venue, bellowing shoutouts to his favorite acts and performers. The show’s musical numbers lift him from his seat, with hands pumping upward while his body sways in time with the music. He’s adorned in his own circus-themed attire, making him both fan and unofficial mascot. However, for Jerry Williams, the self-proclaimed “Party Man,” his frequent visits to Ringling Bros. and Barnum & Bailey The Greatest Show On Earth are not at all limited to his much appreciated excitement for our presentation. Rather, these visits are moments for him to share his special gift with us — his art.

During my tenure with Ringling Bros. and Barnum & Bailey, I’ve learned that there are only two certainties in life with The Greatest Show On Earth — expect the unexpected, and when we visit the city of Baltimore, Maryland, brace yourself for the one and only Jerry Williams. 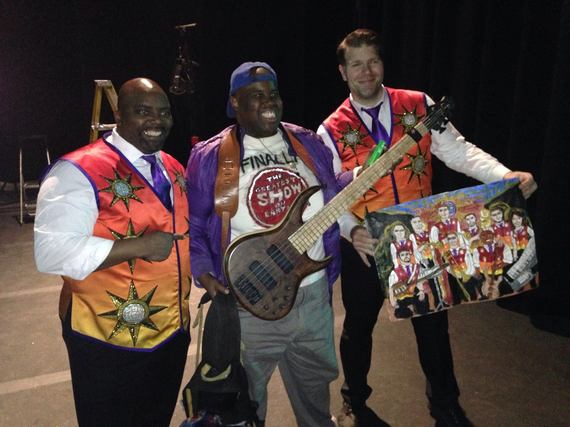 “He is out of this world, larger than life — unbridled joy,” says Cathy Goucher, co-founder of Make Studio. It is a fact my colleagues and I can attest to. For it is not possible for Ringling Bros. and Barnum & Bailey to be recognized as the American icon that it is without the support of fans of all ages in every walk of life. Be they circus aficionados like the Circus Fans Association of America or your novice patron who hopes to acquire fond memories for his or her family to enjoy or a one-of-a-kind fan such as Jerry Williams, these fans make Ringling Bros. the institution that it is.

It is at Make Studio, two days a week, where Williams toils away at portraits, figurines and a slew of various art projects that he creates with the sole purpose of giving them away to my fellow performers and I. It’s a very generous gesture, considering this is his livelihood. During a visit to Make Studio, I was astounded not only by the quality, but the prolific output of Williams and his colleagues. He hosted me, taking me to each department, introducing me to both the staff and his fellow artists, and displaying his work, particularly his circus-themed collection. To say he takes pride in his collection is beneath him. Jerry finds joy in his work and more so in sharing it. It’s the first thing you notice about him. Joy for his craft, the life he’s made for himself, the world he inhabits and the people for whom he shares it with. Indeed, he is “unbridled joy.” 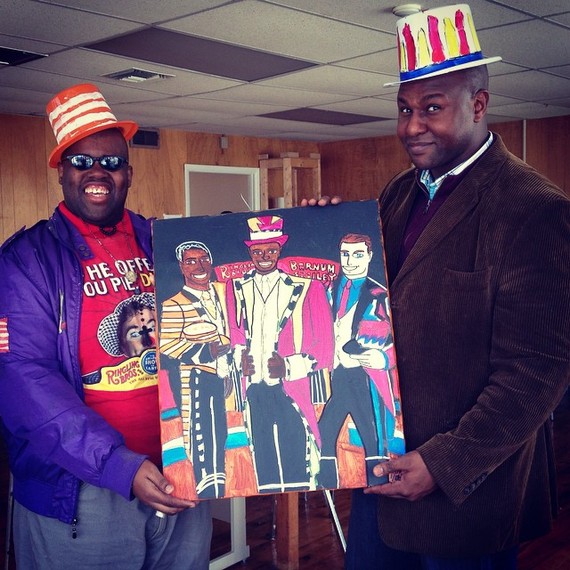 “All of our artists have disabilities of varying kinds,” says Goucher. “Make Studio is not recreational therapy. It’s a facility that honors the artists’ full humanity. They commit to a schedule and get to work like any other working artist.” Along with her co-founders, Jill Scheibler and Stefan Bauschmid, Goucher envisioned a place where members of the community like Jerry, who displayed artistic talent, could practice their craft, gain exposure and even earn an income. “Often those with these kinds of disabilities find themselves under-employed, and their art becomes ancillary, at best. We sought to make art more inclusive in Baltimore, thereby allowing the community at large the opportunity to understand and appreciate the abilities of these artists,” says Goucher.

Make Studio will often put on exhibitions in the community in places such as the World Trade Center Gallery in Baltimore, Maryland, or local art festivals, such as Artscape. They also feature the work of their artisans in an online gallery atwww.make-studio.org, “People get it; it resonates with the community. They see past the artists’ respective disabilities. They see the artists’ craft; they see the artists themselves,” says Goucher.

The arts cast a peculiar spell. Relationships are forged and avenues are explored that likely would have never been considered. For some time, Jerry was simply a character, a fun-loving fan of The Greatest Show On Earth whose presence and kindness was much appreciated. For a long time, I never saw beyond that. Not until Jerry kindly welcomed me into his world was I able to see, beyond the fan, beyond his disability. I saw a man and his passion, and of all the wonderful gifts of art he’s given me over the years, that is truly his greatest masterpiece.