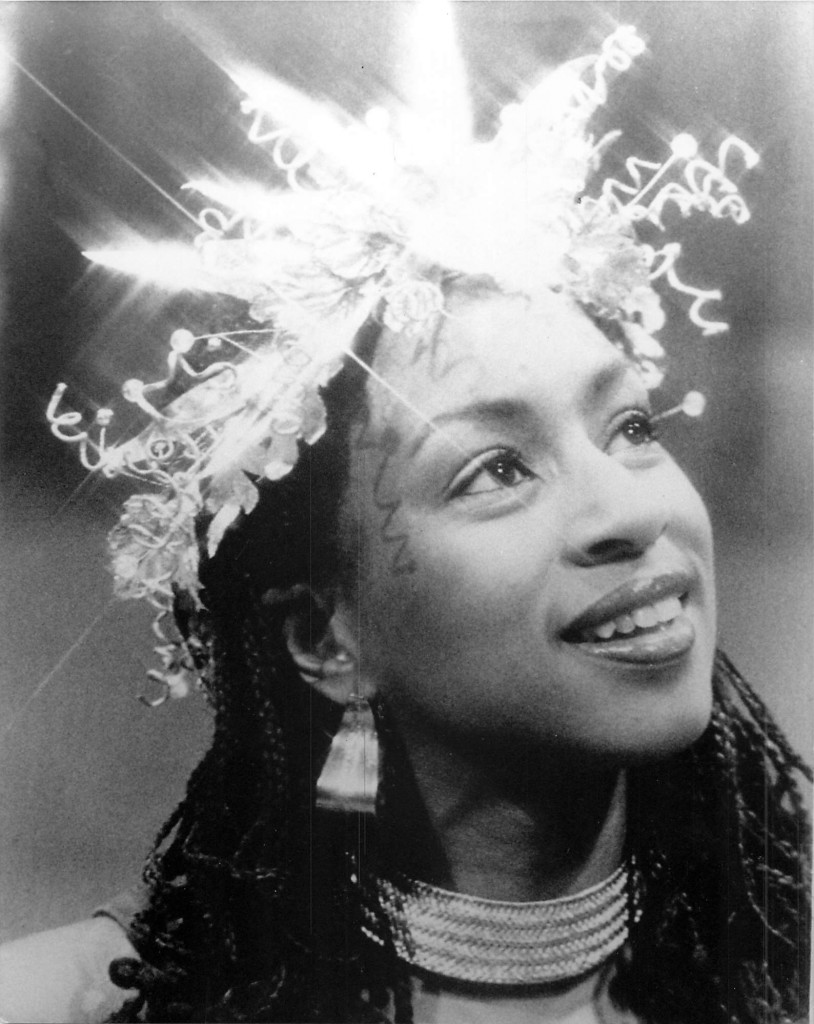 From Showgirl to Ringmaster and Everything in Between: The Amazing Vanessa Thomas

“It was only going to be a year,” said Vanessa Thomas about her intentions upon joining the cast of The Greatest Show On Earth®. I said the exact same thing when I joined Ringling Bros. and Barnum & Bailey® as well, over 17 years ago.

After all, Thomas, a Philadelphia native, was on course to securing a serious dance career. “Although I’d occasionally attend Ringling Bros.®, I was never enamored with the circus growing up,” she says. “I preferred the ballet.” 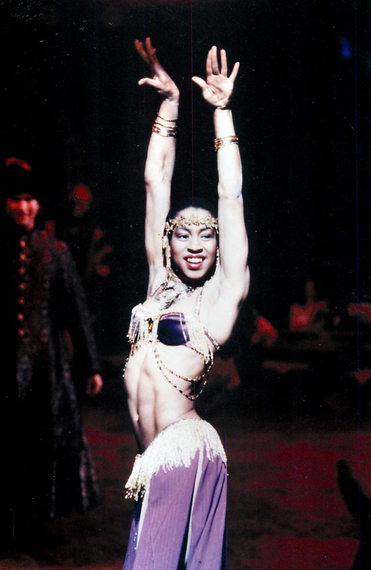 Vanessa Thomas’ talent for dance was groomed at the prestigious PHILADANCO! The Philadelphia Dance Company, founded by the legendary Joan Myers Brown, as well as Temple University, where Thomas majored and acquired her degree in Dance Performance & Education. Her path was clear and her future was sure; curiosity, however, is a very interesting thing. Following graduation, “I was always scouting for the next thing,” she says. This was perfectly understandable, especially, for a young, aspiring artist. Like most of her colleagues, she searched the performing arts trades to see what was out there. While her colleagues were off auditioning for the likes of the Alvin Ailey American Dance Theater, Thomas thought she might try her luck with none other than Ringling Bros. and Barnum & Bailey. Sure, it may not have been a legendary dance studio, but amidst the heralded roster of otherworldly talents it was known for, The Greatest Show On Earth has also been known to feature some of the most fabulous showgirls in all of entertainment. Their ability to high step and cut a rug is just as renowned as their grace atop a glorious performing pachyderm or their dexterity and strength upon the Spanish web.

For the well-schooled dancer this was an opportunity to “travel and have a few adventures,” she says. There was only one problem; she missed the dance audition and instead found herself at clown auditions. To her surprise, her clown audition went very well, and she was offered a spot at Ringling Bros. Clown College®. The Temple University alum wasn’t too keen on the idea. As fate would have it, or some divine intervention from “The Old Showman’s Heaven” would determine it, Thomas would encounter the Dance Captain for The Greatest Show On Earth as she was leaving the audition venue. After a brief exchange, an impromptu audition took place. “The audition was on a Thursday, and they called me on a Saturday to let me know there was position available if I was willing to leave the next day and go to Oklahoma,” says Thomas. Well, she wanted some adventure. Now, all she had to do was break the news to her parents. 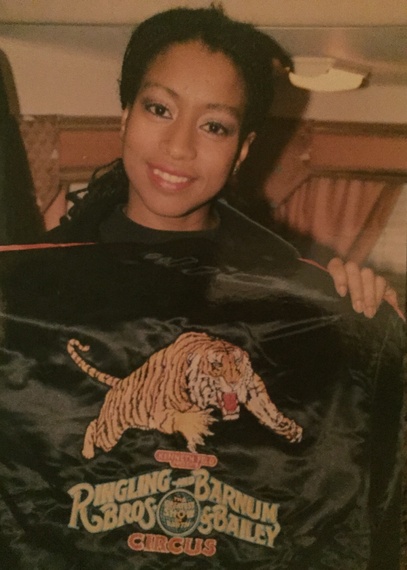 Thomas’ father was a police officer. Much like my father, who immigrated to the United States from the Caribbean in his youth and would make a career as a firefighter, he was a very practical man. These are the kind of men who spend their lives staring down the harsh realities of life. Aspirations for a career in the arts simply didn’t sit well with such men. I can still see my father now shaking his head and grilling me incessantly in that cool Trinidadian accent, “Whatcha goin’ do with singin’ boy?” For Thomas’ father, it was enough that she was pursing a dance career, but circus? “He would hear nothing of it,” she laughs. However, it was her mother whose blessing would win the day. She understood that after so many years of school, her daughter could use the break. After all, it was work, and Thomas still planned to pursue her master’s degree. There was also something else. “My mother wanted to be a dancer when she was a girl, but, the opportunity simply wasn’t there for her,” says Thomas. Even as practical as her father might have been, her parents always encouraged her and her sister to forge their own paths.

Thomas would enjoy an adventurous year with Ringling Bros. and Barnum & Bailey before making her way to Circus Vargas where she would meet the indomitable Rex Williams. This was Vanessa Thomas’ Year of Yes. “I’d never ridden an elephant before, but when a legend like Rex Williams ask if you do, you say ‘Yes!’”

In her four years with Circus Vargas, she would say yes to a host of opportunities and experiences. “I did things I never expected, from a magic act to performing on the Spanish web to a dog act,” she says.

By now it was clear that the sawdust was flowing liberally through her veins, and those plans she had back in Philadelphia took a back seat to this much-welcomed detour. “I’d call my mom to check in and update her about all the things I was doing and experiencing. She seemed to be mildly intrigued, but she told me later she was on her knees in prayer constantly,” Thomas laughs. Those prayers most certainly came in handy when Thomas would make her way to the Toby Tyler Circus. “There was not a day we didn’t work at that circus,” she remembers. “We’d do two days, drive 500 miles and open the next night.” There, she worked alongside hippos and ostriches, rode elephants, performed Spanish web, danced and made her own costumes, as well as set up and tore down the show. “If I wasn’t presenting I was assisting,” she says. “After that show there was nothing I couldn’t do.” That includes making history.

Big Apple Circus brought Thomas on to perform a hula hoop act, and much like her previous ventures under the big top, there would be many more opportunities to follow. “I walked stilts, tossed knives, performed with marionettes, I had an aerial act and I worked alongside the legendary Buckles and Barbara Woodcock in their astounding elephant act. We were actually invited to the Monte Carlo Circus Festival,” she recalls fondly. Yet, the most significant and perhaps most coveted of opportunities seemed to fall in her lap — a chance at history. Paul Binder, the revered showman and founder of Big Apple Circus, quite casually presented Vanessa Thomas the opportunity of a lifetime — Ringmaster. In so doing, Thomas would become the first woman and the first African-American to don the top hat for Big Apple Circus. There was no catch to it. He simply thought her the right fit at the time. “There were plenty of times in my career when I was the only Black showgirl or even the only Black cast member,” she says. “In circus, that’s neither here nor there. The deal with most circus people is that you better be what you say you are.” In circus, more often than not, one’s ability and what one brings to those circus rings is how you’re judged. 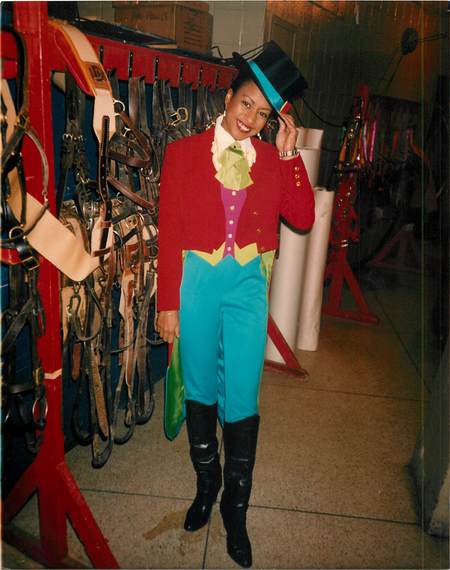 It’s been quite a while, certainly more than that “one year” she promised herself, since the talented dancer from Philadelphia pranced her way into the circus rings to endeavor upon an adventure far beyond anything she could have imagined — discovering within herself abilities she likely would have never pursued had it not been for her life in the circus. Clearly the life and career of Vanessa Thomas is evidence that sometimes the most remarkable existence is beyond even the best of plans.