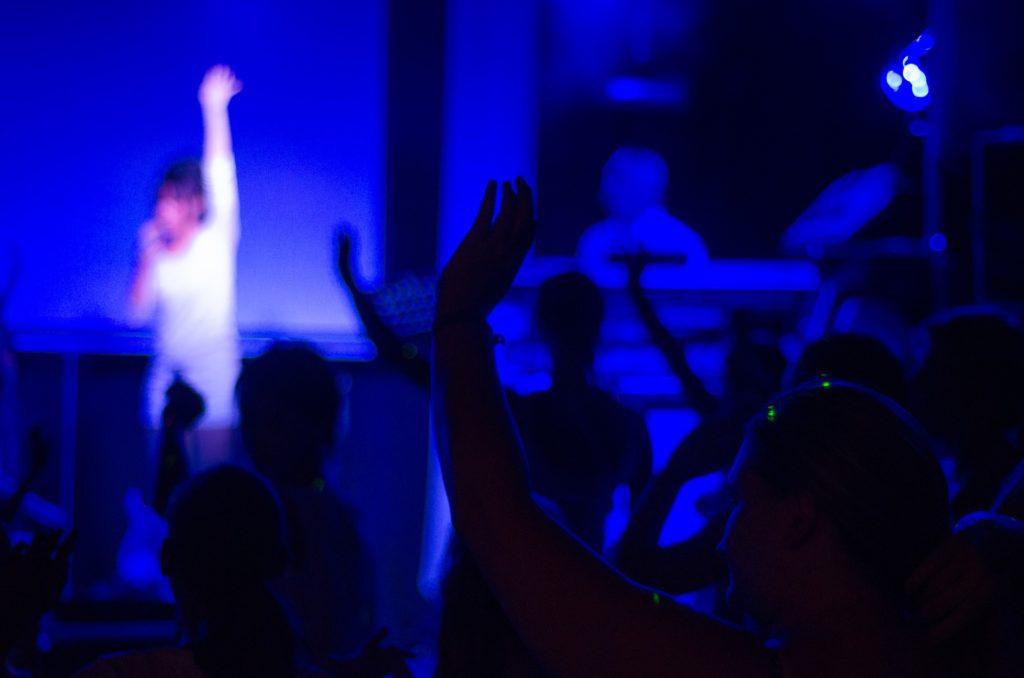 3 Things Beyoncé Teaches Us About Failure

My daughter was hysterical. She’s at that age and demeanor when things might appear much more severe than they actually are. In this instance, thank God, it wasn’t. She’d failed her science test miserably. She’s in the gifted program at her school. She’s an exceptional student scholastically and socially. She studies very hard and even writes her goals out. She revels in success and prepares for it. She’s a stable on the Honor Roll. Overall, she’s a teacher’s dream. She’s used to winning.

However, in this instance she couldn’t understand why she failed her science test and so badly. She studied as she’d always had in fact the teacher even reviewed the work with them before the test. Science isn’t necessarily one of her best subjects, however, she does achieve in the A & B grade spectrum. Naturally, we talked her down off her figurative ledge of disappointment and began to dissect why she may have come up short. Ice cream has a magical way of putting a child’s woes at ease.

I regaled her with stories of how challenging high school mathematics was for me. There’s a meme that is circulating that surmises my experience: 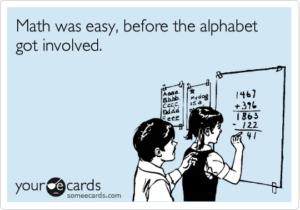 It was a war. I would study the theories and methods ad nauseam, only to be met with disappointment after disappointment. Yet, there were other instances when I was supremely confident, even over confident with what I was certain I knew only to find out I didn’t know it at all. She appreciated the conversations and even gave me one of her all engulfing bear hugs. However, as it is with most parents when speaking with their children, no matter how receptive, I knew my words and the words of her mother might not have the most resonant effect. After all, we’re her parents. We’re supposed to lift her up. She has no doubt that we are her biggest cheerleaders and advocates. That’s when I begin to ask myself:

“Who can I turn to that would put the proverbial cherry on top of this most critical moment in my daughter’s life? Who does she admire (and we as her parents respect) that could drive home the lesson in this set back? Who would know how to teach my 10 year old daughter how to turn failure into gold?” And that’s when it happened. The skies began to clear and I heard a voice say unto me, “Beyoncé, silly.” Of course! As we began to comb the reasons for our daughter’s ordeal, I happened upon some fantastic and timely quotes about failure by the undisputed Queen of Pop. Naturally, someone who has reached such heights in her own right would also be intimate with the setbacks and challenges that accompany such a journey. As my daughter matures, so has her aspirations and she isn’t shy about expressing them to us either. This recent setback has presented us a wonderful opportunity to enlighten her about the realities that she is likely to encounter and has, during her pursuits and the following lessons from her Beyness were immensely helpful in granting our daughter a clearer perspective.

It may read as a rather simple and obvious truth, but how often when faced with setbacks and disappointments do we wallow about in those challenges and not consider this timely wisdom? It’s as simple as no pain, no gain. Too often impatience gets the best of us and we would much rather murmur and become captivated in misery. Imperfection is its own gift. It keeps us honest and on the trajectory of evolution. In fact, with the proper perspective we are able to put any and all disappointments in their proper place and even make them work for our benefit and growth.

My daughter works very hard. She’s used to winning. After all, she puts the sweat equity in to do just that; yet, in respect to her science test, she didn’t find that success she’s so accustomed to. Viewing her initial dismay from that lens it is completely understandable why she was so hysterical. Thanks to the power of ice cream we were eventually able to bring her back into her right mind. Combing through all the various reasons, one simple reality presented itself – “sometimes you lose…” Sometimes, it’s simply not your day. If you’re competing, maybe the other person or team was just that much better. The point here, however, daunting it may be, is that there’s but so much any of us can do. Sometimes, it’s not about our efforts. Sometimes we don’t reap what we’ve sown. Maybe, the elements and conditions were not favorable. Who knows? It’s simply one of those sour realities that life presents, that can possibly leave one feeling hollow and if one is not careful, embittered. As much as we desire to be, we are not in control. As such, we have to learn how to lose and move forward anyway.

The great temptation of a setback or failure is to become stagnant. Perhaps the hardest thing to do in the face of disappointment is to resist the mighty gravitational pull of the slump. What we are experiencing at our core is an identity crisis. I spent two decades as the Ringmaster of The Greatest Show On Earth. An entire generation literally grew up hearing my voice. Needless to say when that part of my life ended, part of me did as well; or at least I believed that it did. The very hard lesson I had to learn and what has fueled me since is that my identity is not sown up or determined by a job or in the case of my daughter, a test. No matter the circumstance, I am the captain of my soul.[1] One can linger in dismay over loss or failure; or one can take that hurt, setback, un welcomed change and use it to build anew and possibly an even better version of oneself.