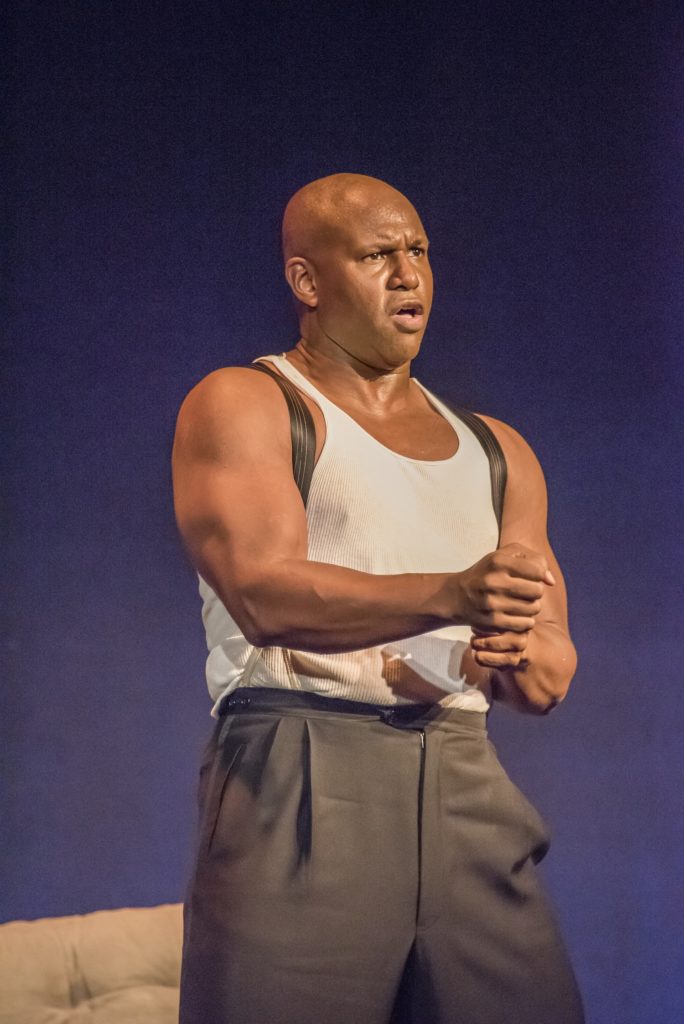 Fringe 2018 review: Mini-operas ‘Companion’ and ‘Safe Word’ are by turns steamy and silly 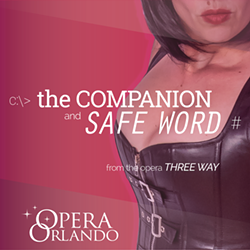 If you think that opera is archaic and unsexy, the first-ever Fringe show from Opera Orlando will blow your … mind. The Companion and Safe Word, a pair of dirty-minded miniature operas from Three Way, by composer Robert Paterson and librettist David Cote, should serve as ample proof that this antique art form can still address relevant, and even risqué, topics as well as pop culture does – only with a lot more vibrato.

Paterson’s score (which is played live by music director Deniz Uz) is primarily relies on recitativo, but each character gets at least one solid aria, which these classical-trained singers handily blow out the Goldman Theater’s back wall. The Companion is the stronger of the two pieces, thanks to Iverson’s sensitive portrayal of a sentient sex-toy (seriously!), though Safe Word closes with a clever twist I didn’t see coming. If you want to claim you got a dose of high culture at the Fringe, while still ogling some flesh, Opera Orlando may just hit that G-spot above high C.

A Place At The Table Of Thanksgiving